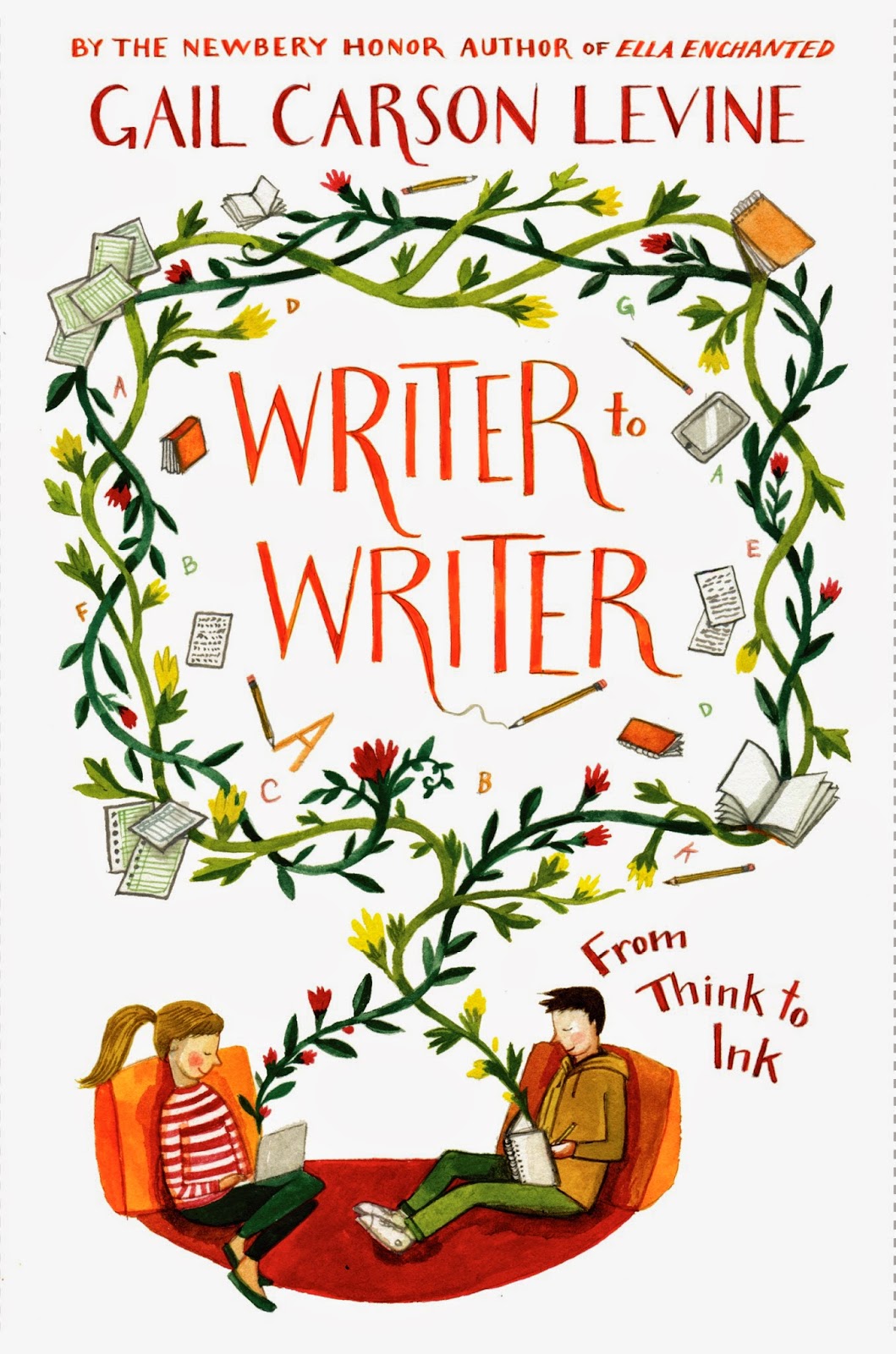 Here–ta da!–is the reveal of the cover for Writer to Writer, from Think to Ink: 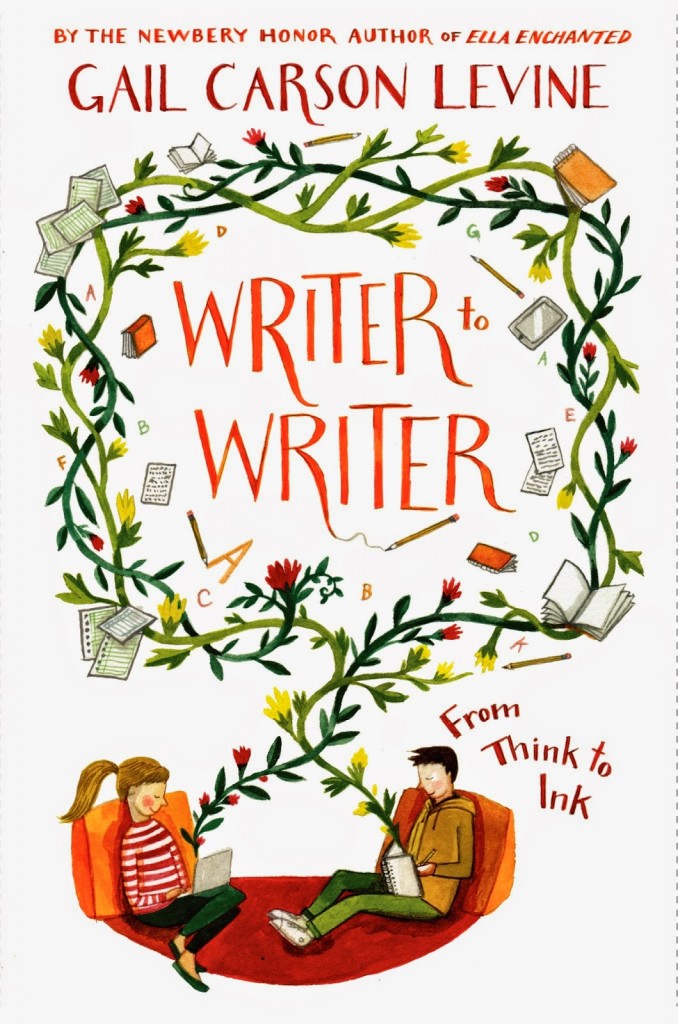 And here’s the new cover for Writing Magic: 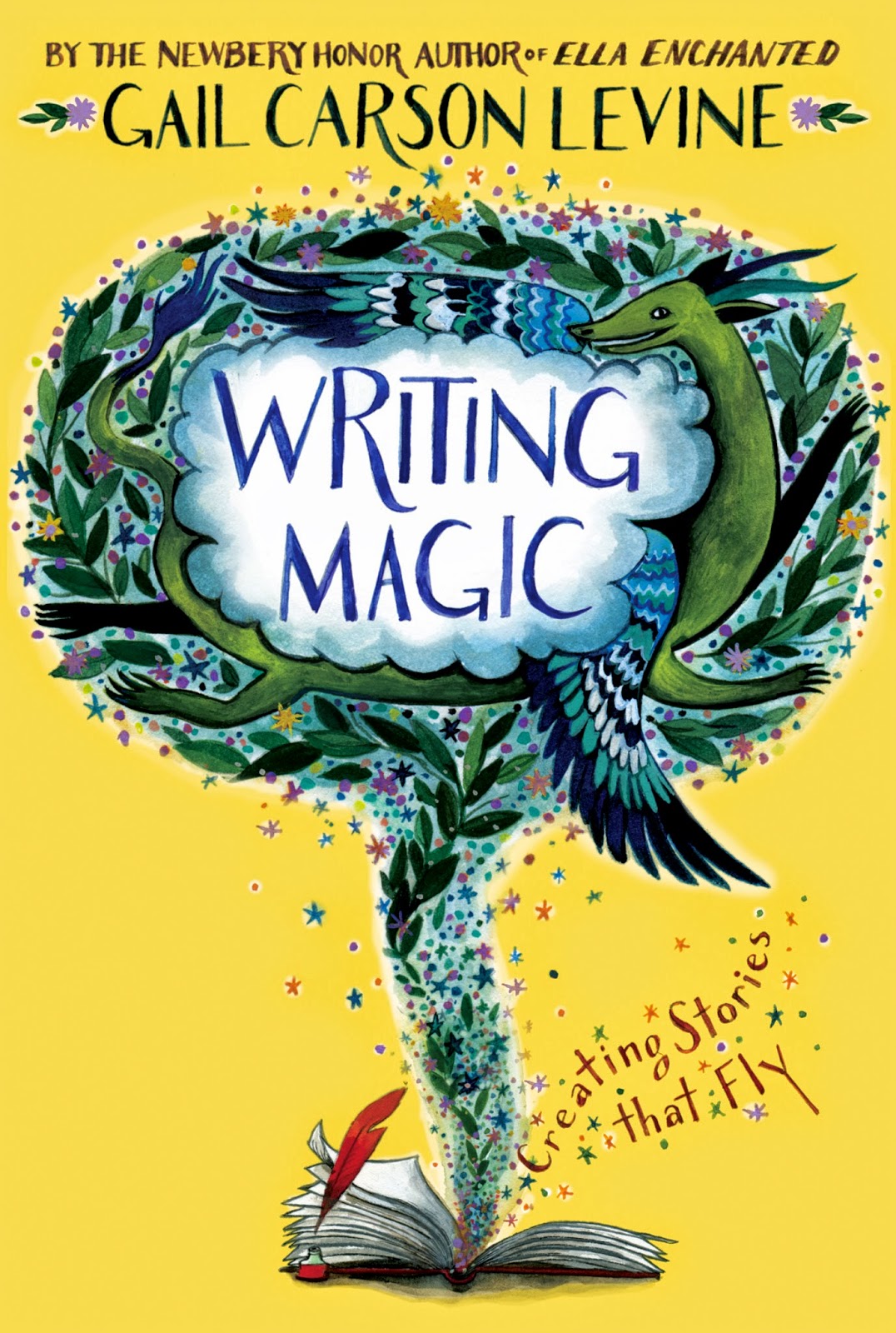 On March 23, 2014, Kenzi Anne wrote, So I have a predicament… The villain in my story needs to lose, and I was initially going to have him die. Unfortunately, I need the heroine of my story to be the one to defeat the villain, but I’m not sure how to do that without having my heroine outright kill the villain herself. I feel like she wouldn’t be much of a hero since killing really isn’t moral or likable for a heroic character…any thoughts?

Elisa opined, Well, actually, some people have to be killed to preserve peace. And plus, if there isn’t a penalty for despicableness, what keeps everyone from being despicable? But, if you absolutely don’t want her to kill him, why don’t you have her do it indirectly? Like, have her rig up the chandelier to fall to cause a distraction, only the villain steps under it at the precise moment it falls, and is demolished! (That is, of course, just a basic example. You can go much more complex than that.)

And Eliza said, Sometimes it’s more satisfying to watch the villain live with defeat than just get killed. Maybe your hero destroys the one thing that meant the world to the villain and they have to stand there and watch all their hard work crumble before their eyes.

The only time I’ve had my heroine kill a villain is in The Two Princesses of Bamarre, when Addie stabs (if I remember right) to death the dragon Vollys–to the dismay of some readers, because Vollys is lovable. But she’s evil, and I felt she had to go. I don’t think Addie is any less admirable for doing away with her.

But Vollys isn’t human. So far, I’ve shied away from having people kill people, though it may be unavoidable in the book I’m working on now, during summer break from poetry school. Squeamishness, rather than morality, has stopped me in the past; I don’t think it’s immoral for an author to have a fictional character kill another fictional character, whether it’s a villain murdering a secondary character or an MC polishing off a villain. I hasten to assure you all: in real life, I’m mild-mannered.

Certainly in books, movies, and TV, heroes often off villains, and the reader or the audience cheers and goes on loving them. Think of James Bond, for instance.

We’re wandering a little away from my area of expertise, because I’m not a blood-and-guts writer, but I suspect that the method the hero uses is important. For example, it’s probably a rare heroine who poisons her villain. We’re likely to squirm if an author makes our beloved heroine Martha stir arsenic into the villain’s tea or shoot him in the back using a telescopic rifle sight (correct lingo?) from an office building across the street from his hotel.

Often in a thriller, we see the two locked in mortal combat. One of them is going to die, and we want it to be the villain. I’ve peeked between my fingers countless times in a movie while a hero and villain struggle on a window ledge. The villain goes over, although maybe the hero really wanted to haul him in to jail. But nobody is miserable about the way it went down and he fell down.

Speaking of jail and moving in Eliza’s direction, bringing a villain to justice can be a satisfying way of avoiding death. He can no longer hurt anyone else, and if we set it up right, we can make sure his life in the clinker will be horrible. And justice doesn’t have to mean a maximum-security prison in some country we all know; it can be a dungeon in the castle cellar or exile to a convict planet in the next galaxy.

I love the way Hook meets his end in Peter Pan. Peter defeats the pirate in a duel, a terrible humiliation. But the crocodile, whose clock has finally stopped ticking, eats him. If we can engineer this kind of send-off for our villain, hooray for us.

One way to get there is to think about what would make our villain most miserable. Might be loss of power or wealth or being deprived of the company of his pet boa constrictor. If our heroine can bring this about, the reader will be satisfied. And a nice aspect of these less-than-final final solutions is that they’re reversible, so we can bring our villain back in the next book, if we want to.

A painful example of using what a character fears most occurs in George Orwell’s 1984 (high school and up). *Spoiler alert!* If you haven’t read this chilling masterpiece and plan to, skip this paragraph. Since the novel is a tragedy, it’s the heroes who suffer defeat, but the method can be applied to villains, too. The government, which is the villain here, knows what everyone fears most–heights or spiders or confinement–and subjects dissenters to whatever that is for them. In this conception, everyone snaps; no one can withstand his greatest fear. The dissenters are broken and no longer a threat to the state. As soon as I read the end of the book, I knew what could be used against me. No bones would be broken, not even a scratch, but I’d be finished. Horrifying. And we can do something like this to our villain.

We have to set it up early in our story. Probably we have to show how hard it will be for our MC to discover our villain’s secret and bring it about. She may not know what she’s looking for or even that there is an Achilles’ heel in our seemingly invincible villain.

Kenzi Anne also asks about the morality or likability of a heroine who kills a villain. We can debate forever the morality of a character (or a person) who kills, even to save other lives. But I think our heroine can be likable whether or not she kills anyone. I’m not sure her likability is at stake unless she kills in a way the reader can’t identify with, or that disgusts the reader. Suppose Martha draws a bead on the villain when he’s about to smother her best friend who’s innocently asleep. We want her to get the villain and save her friend, and let’s assume that killing him is the only option. We’re entirely on her side. We’ll still want her to succeed, but we may feel less fond of her if her accompanying thoughts or actions don’t please us. We may get turned off if she’s hoping, as she pulls the trigger, that he doesn’t die quickly, or, alternatively, if she’s debating what she’s going to eat for lunch as soon as he’s dead. Or if she kills him and then kicks his cat or raids his fridge.

Gee, villains are always so much fun! Here are three prompts:

• Put Martha and the villainous, heavily armed, and very large Mr. MacTavish on the roof of a twenty-five-story office building. One of them is going to fall off. Write the fight scene, and kill whoever has to die.

• Put them back on the roof, and have Martha figure out what Mr. MacTavish fears most. Have her vanquish him without killing him–if you can, without touching him. Write the scene.

• In the traditional fairy tale, Snow White’s evil stepmother dances to death in red hot slippers. Devise a better punishment for her and make Snow White bring it about.

Have fun, and save what you write!